The real Ziggy Stardust
David Bowie's classic album Ziggy Stardust and the Spiders from Mars introduced the world to glam rock and brought the struggling musician David Bowie to the world.  This album has many classic songs which still resonate with pop culture and the youth of today, even though it was released in the early seventies.  A potent brew of songs, ambiguous sexuality, performance, and space age moxie which rock is still using a goal post for popular culture. 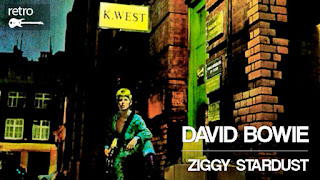 Few realize that the character of Ziggy was actually based on an obscure rock and roll singer Vince Taylor.  Modelling his singing and style after early Elvis Presley and Gene Vincent, Vince Taylor took the UK by storm.  By the mid sixties Vince grew erratic and his performances would have references to UFO's, aliens, and whatever passions consumed Vince.  He committed career suicide by declaring he was Jesus Christ which shelved his career in UK in the 60's.  After struggling with drug addiction, Vince came back and performed when he could but he was more known for his songs.  His song Brand New Cadillac has been covered by many artists including the Clash.

Posted by Purple mage 7 at 12:31 AM No comments: Links to this post


For fans of spandex and monster, I make quirky offbeat films that mix sex, robots, comedy, superheroes, monsters, and other weirdness into films that are hopefully unique.  Many thanks for Amazon instant video.  Click on the link below for some of my films on amazon instant video.  Tell me and Amazon what you think about the films.


If you're more into the literary aspect....I have books listed there as well...from UFO to poetry! 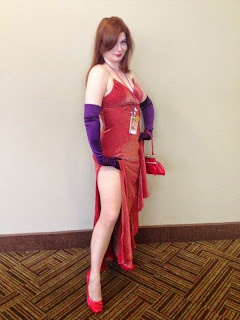 Posted by Purple mage 7 at 9:08 AM No comments: Links to this post