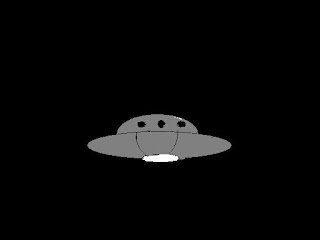 Welcome to UFO blur zone. This blog will touch on the serious and sometimes not so serious aspects of the UFO experience.
Filmmaker James Smith and DBC films in association with Silver Chain films have recently completed work on about the Mothman called POINT PLEASANT. Here is writer/director James Smith talking about his latest film.


Give us a quick overview of what you do.
James Smith, owner of D.B.C Entertainment, wrote his first screenplay at the age of sixteen. Since then he has written countless short stories, scripts and three novels.
Smith had participated in several Performing Arts productions throughout grammar and high school, including his first leading role in “Secrets in the Toy Room.”

James Smith has written, directed or starred in the following films: “Shoot the Moon”, “Room 110”, “The Runaway”, “Tea Party”, “The Unlucky Few”, “Chronicles of Cross”, “Saucer Sexodus”, "Hate the Living, Love the Dead", "Point Pleasant", and “Take Back.”

Currently, he is working on another novel based off his second feature film, and his television series “Insecurity.”


Which brings us to your film, what brought this film about?

Point Pleasant is a 1st person film that is based off the Mothman sighting of Point Pleasant West Virginia. It takes you through the investigation by a paranormal research group, along with seeing it through the eyes of several others along the way, which mixes it up and makes it stand out from other 1st person features such as The Blair Witch Project, Paranormal Activity, Cloverfield and others.

Any stories about producing the film that you like to share?
Point Pleasant was a blast to work on. Filming in 1st person is a whole other filming "entity". The shots are so much more brutal as you have several actors who must go through an entire scene together, sometimes as long as 6 minutes, and if one person messes up the have to redo the entire scene once again from the start. But, like always, the DBC Family has a blast on set regardless of what we are doing.

If someone was interested in this film, where would they go to find out more?

If someone wanted to purchase this film, where would they go?
As of right now the film is only for bootleg sale until the final product is distributed. For those wanting a bootleg edition send an inquiry to dbcfilms@yahoo.com to request a copy, or send a check or money order of $10.00 (Payable to James Smith) to 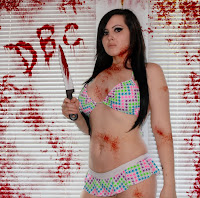 Shauna Tackett, one of the stars of POINT PLEASANT

I will have a video feed for this blog soon (still in the kicking the tires phase), but for this first blog, please check out my recent article in UFO digest about crop circles.


Here is Roni Jonah, actress/model/director of many films. She also one of the stars of Saucer Sexodus....I shall be interviewing the 'saucer Oracle' Roni Jonah soon.... 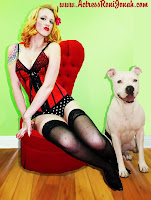 For more information, check out her webpage...

UFO Blur Zone will also have clips/trailer/video with all aspects of the UFO culture...check out the promo on Blip.tv

also for the not so serious, here is a webshow about sci fi serial madness with UFO aspects to it called 'Corso in Z space'

I will be adding interviews, articles, and more in coming blogs.
Posted by Purple mage 7 at 8:27 PM No comments: Links to this post

Saturn Hero is available for e download at lulu, with a preview available. The characters are now in microbudget puppet theater at Blip.tv 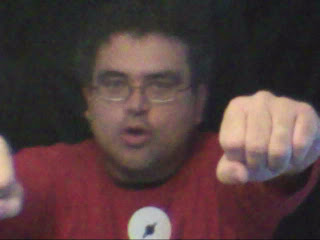 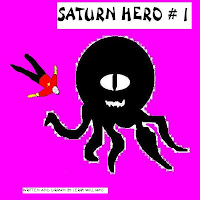 buy ebook here!
Posted by Purple mage 7 at 7:31 AM No comments: Links to this post