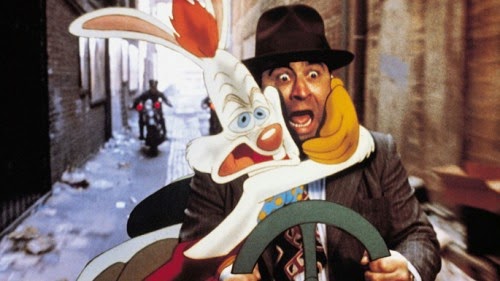 British actor Bob Hoskins passed away April 29 at the age of 71.  He had a long career as a character actor, and could easily move from supporting actor to the main actor in films.  He is best known for the hard boiled detective character Eddie from the film 'Who Framed Roger Rabbit' which was a love letter to the golden age of animation.  A mind blending merging of old school animation and camera trickery, it needed Bob's gruff but lovable private eye to make it work for cinema audiences.

Who Framed Roger Rabbit main female lead was Jessica Rabbit, the cartoon girl homage to the film noir goddesses of the age and is now a popular cosplay staple at all conventions.  Here is the lovely and talented Kat Ruff as Jessica Rabbit at this year's Concave science fiction convention. 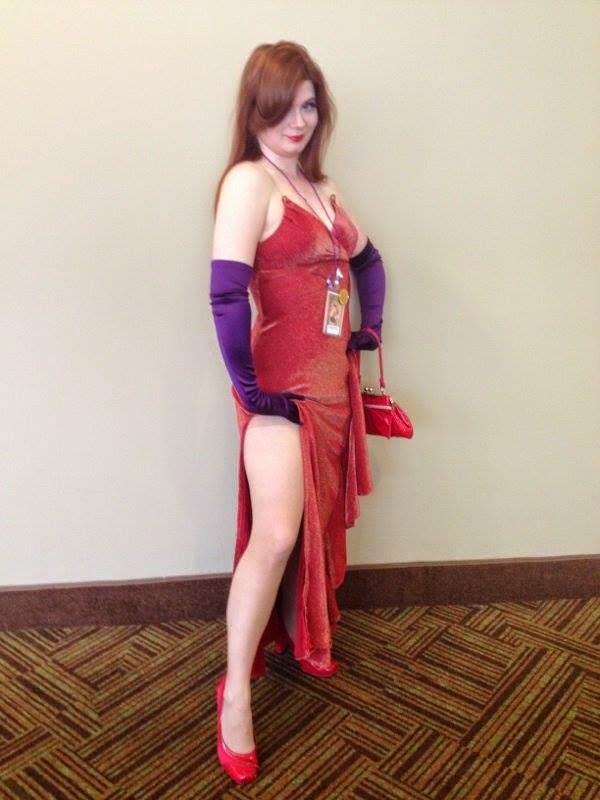 Bob Hoskins had a long career in films, and he had many memorable roles in genre films.


Even his admitted dislike for the film Supermario brothers couldn't stop it from being a cult film.  His acting career runs all genres and a must see for all fans of spandex and monster.

Posted by Purple mage 7 at 6:07 PM No comments: Links to this post 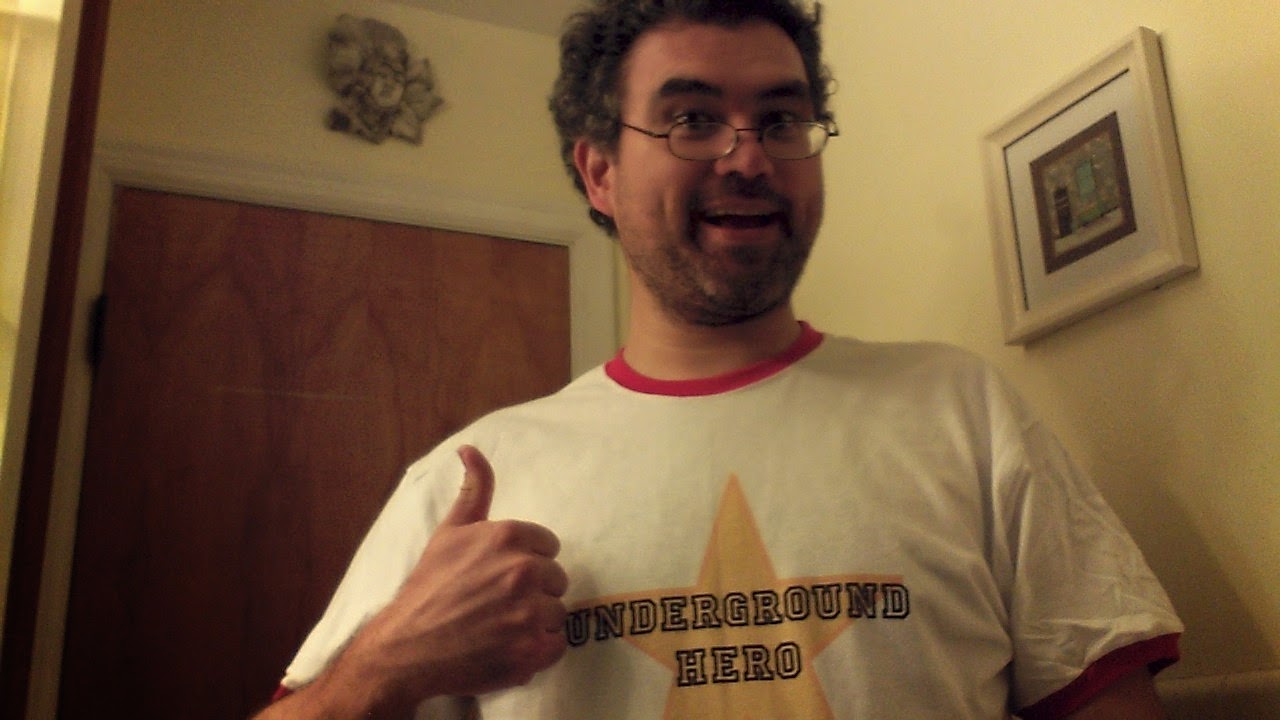 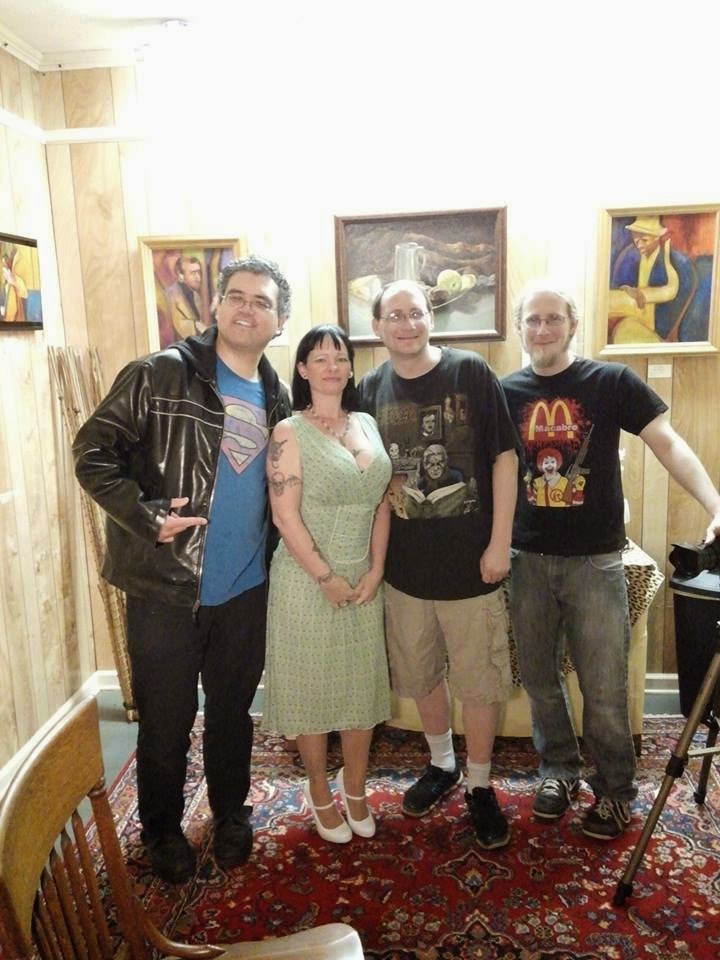 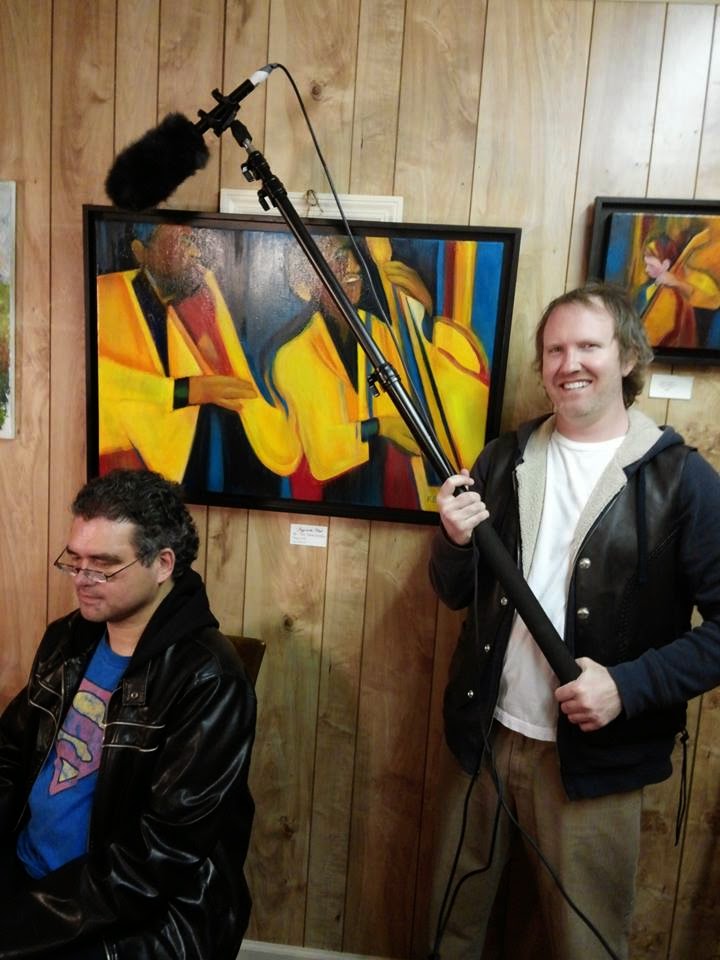 Check out my interview with Rotted Corpse Productions.  I also did a shout out to Spandex and Monster!


Posted by Purple mage 7 at 3:48 AM No comments: Links to this post 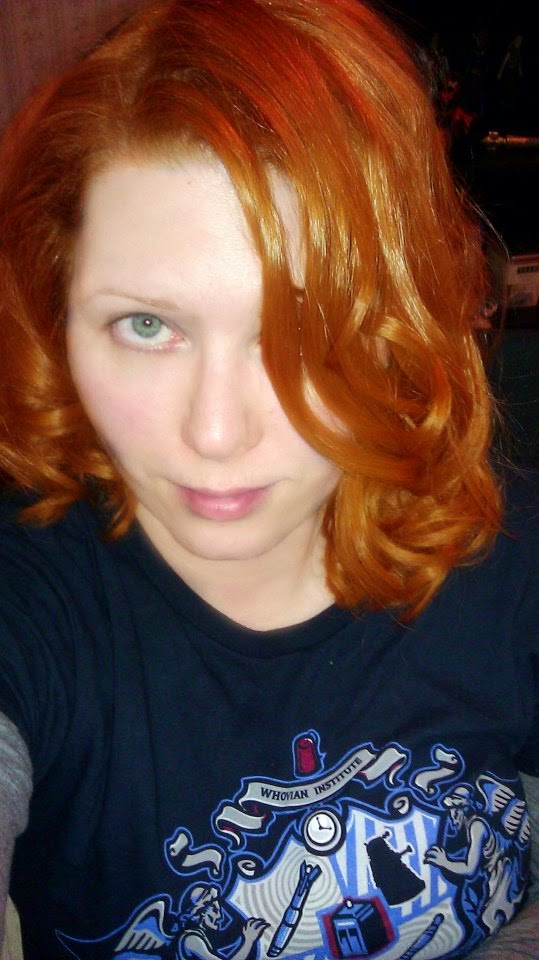 Fans of Spandex and Monster will remember Dextra...she is branching out for art prints for sale...awesome work...definitely check it out! 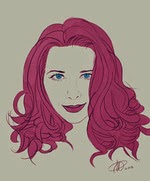 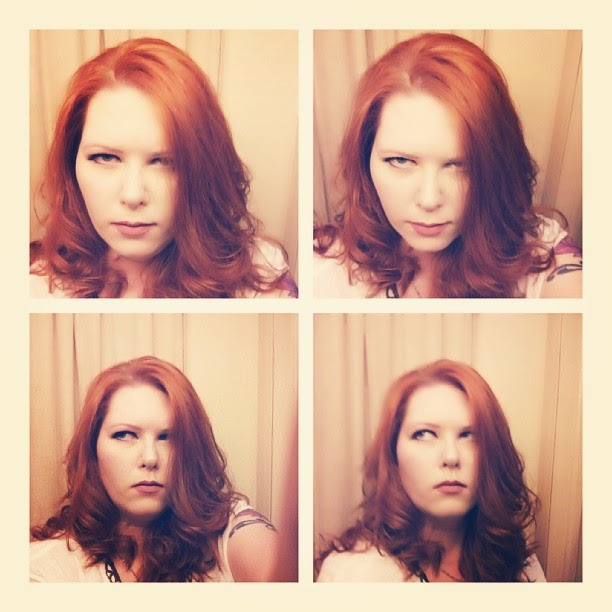 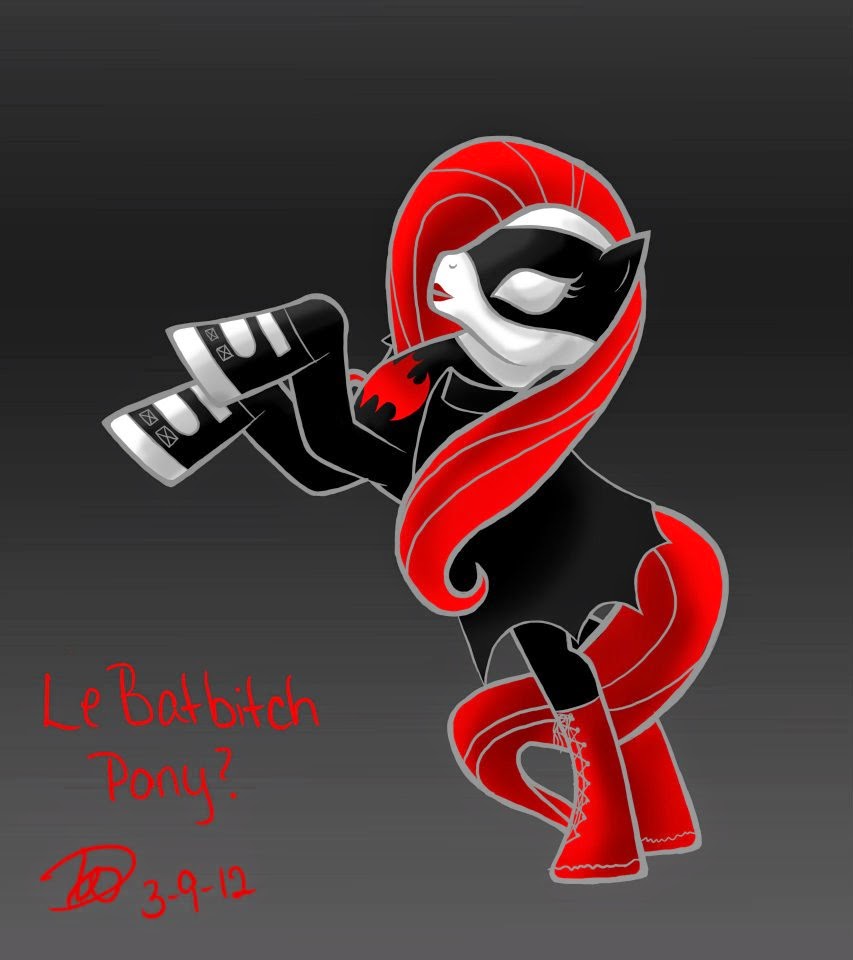 Check out her original interview with Spandex and Monster...here!

Check out her art prints for sale...here!

My fun little science fiction show is nearly done with the fourth season.  It's been a blast working on the show, and I think fans of spandex and monster may like the show.  I have scripts and more for the next season of Astro Space Hero...I may do more location shoots in the fun place of Versailles, KY.  Check out the fun at Blip tv or youtube. 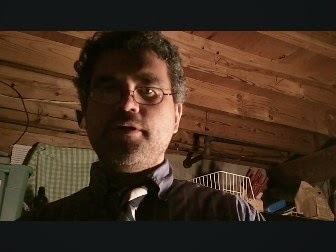 This may be of interest to fans of spandex and monster...strange fiction, and even stranger paranormal madness for your reading pleasure.

As per a free promotion with kindle...download these ebooks for free...Occult secrets of the UFO...the fantasy book 'Mystic Sea tales' and the poetry book 'Citadel of Dreams'.  They are free to download until Easter 4/20/14.  Download, and rate it if you liked them! 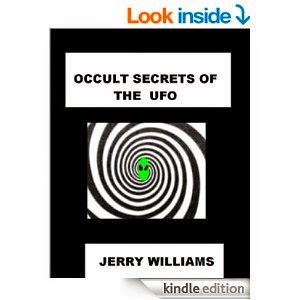 Occult Secrets of the UFO 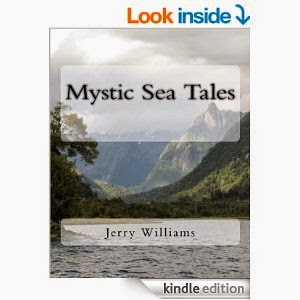 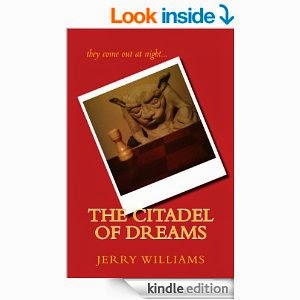 Posted by Purple mage 7 at 6:38 PM No comments: Links to this post


2014 is the forty year anniversary of the iconic table top role playing game Dungeons and Dragons.  Originally created as a role playing supplement to his miniature war campaign game, Gygax's creation would become a juggernaut that would become a part of the pop culture.  Dungeons and Dragons complex rules of combat and role playing also became a lightning rod for people convinced that the game was occult in origin and was satanic.  It also paved the way for computer games, and eventually was influential in other areas...roleplaying is now a well known tool for character reaction from the corporate to the scientific to possible intelligence operations.

The game system has gone through several reboots, which eventually paved the way for a desire for the old game systems with retro clones of modules.  Pretty much new supplements for open source game systems that is old school D&D without any trademarks of the D&D which points out to the staying power of table top games in general.

Dungeons and Dragons was a popular saturday morning cartoon, and recently was the backdrop to Futurama's Bender's Game.  The game also influenced endless sword and sorcery films at the box office as well as setting the stage for the return of fantasy films like the Lord of the Rings.  Direct films with the Dungeons and Dragons name in the title are unfortunately a mixed bag, and it could be argued that its influence is more indirect.  I'll focus on two independent films with a grounding in Dungeons and Dragons type of role play gaming...one is the horror film Knightchills and the other is the comedy 'Dorkness Rising'  I would include Mazes and Monsters which captured the paranoia of Dungeons and Dragons...but it was more of anti drug film with D&D being the drug, still it had Tom Hanks! 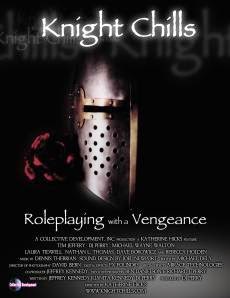 A revenge horror film uses a roleplaying group as the impetus for horror is the subject of Katherine Hicks's film 'Knight Chills'.  John is a troubled member of a role playing group expresses his feelings for Brooke, but her rebuff leads to the gamer's despondency and suicide.  He returns as a black knight who is now killing off the game group one by one.  Playing off of the D&D is a gateway for occult activity hysteria, Knight Chills has some solid performances from DJ Perry, Laura Tidwell, and Laura Alexander.


Worth a look for spandex and monster fans and for fans of roleplaying and horror films.  Actor/producer/knightchills co writer DJ Perry has expressed interest in another Knight Chills, so let him know (via the link below) that you would want another round with the Black knight.

the trailer for 'Knight Chills'


The Gamers trilogy
(The Gamers, Dorkness Rising, and the Hands of Fate)

The lines between an adventure party and the roleplayers blur in this comedy trilogy.  The first film called 'The Gamers' is about a group of roleplayers and their adventures in the game world crosscut with the real world for comedic effect.  Produced by the film company Dead Gentlemen with a non existent budget and SCA costumes, the gamers gained a cult following in gamer circles which eventually paved for the second film called Dorkness Rising.
Check out the trailer for 'The Gamers'

In this film, we have a new gaming group.  Our lead is the dungeon master who is trying to make an adventure module, but is having a case of writers block.  One of the main players brings his ex girlfriend to pad out the adventure party, and its this character that helps the dungeon master with his adventure.  This is a comedy from role players to role players with many in jokes as well as broad comedy as well.  Worth a look for spandex and monster fans.

Check out the trailer for 'Dorkness Rising'


The Hands of Fate
The third film of the trilogy is called 'The Hands of Fate'   I haven't seen it yet, but it promises to be more fun, and revisits the gaming group from Dorkness Rising. 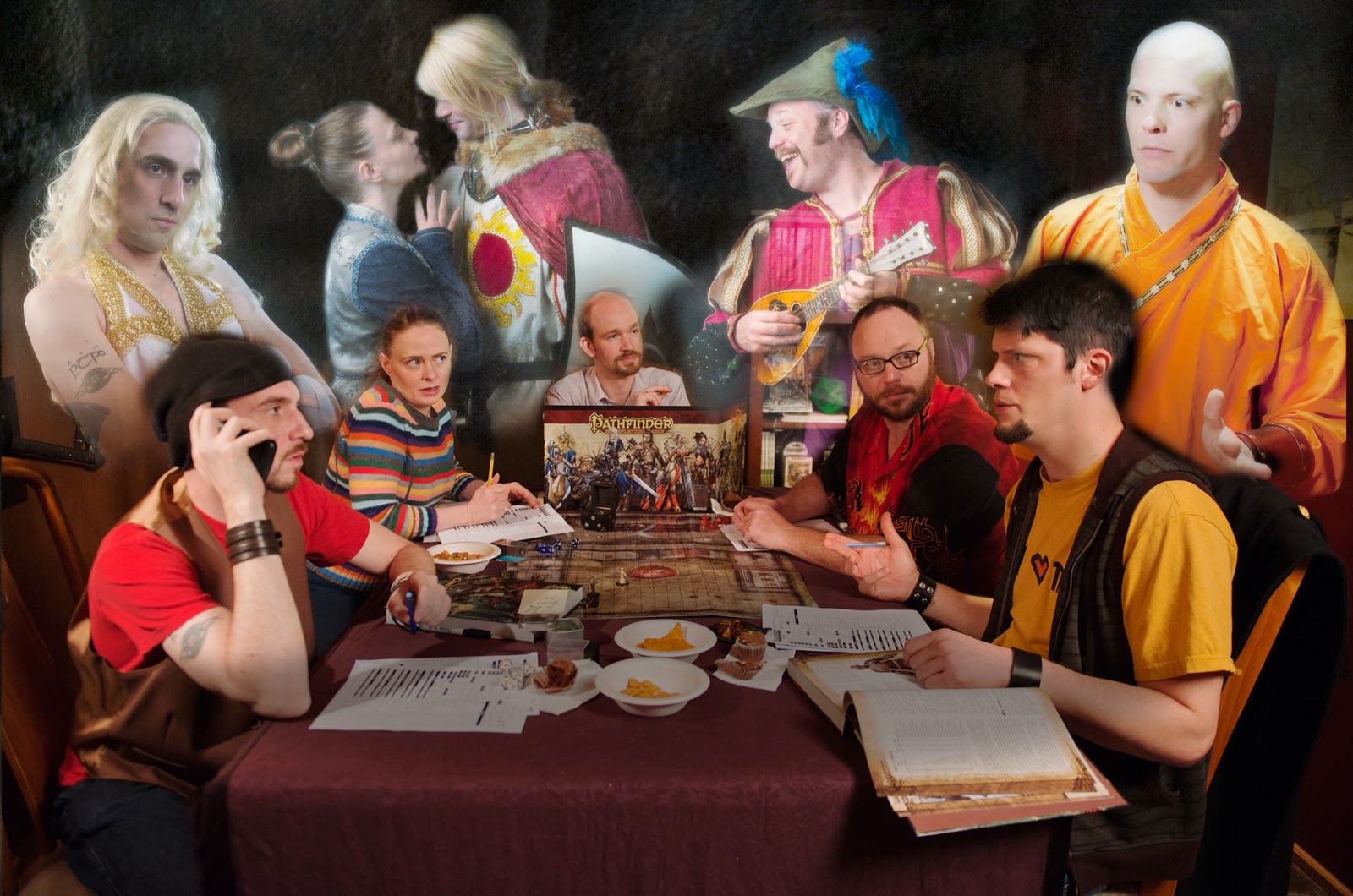 The main link for 'The Hands of Fate'

Here is a teaser trailer for 'The Hands of Fate'


Happy birthday Dungeons and Dragons!
Posted by Purple mage 7 at 9:13 PM No comments: Links to this post

Getting into 'The Director's Chair'

Getting into 'The Director's Chair' and Tim Ritter's Truth or Dare


Recently I had the pleasure of getting interviewed for 'The Director's Chair' which is a program produced by independent Kentucky film company Rotted Corpse Productions.  I got grilled by the lovely and talented Lola st. Magdalene (always a bonus), and I'm on the same program that first featured cult horror director Tim Ritter (creator of the acclaimed Truth or Dare film series).

I'm a huge fan of Tim's films, and was lucky to be involved for a brief cameo with Truth or Dare IV which starred Casey Miracle, Heather Price, and Jessica Cameron.  It satires the whole blood thirsty dare of an increasing sadistic public.  A man spirals apart from a break up, but is his new love interest on video chat a dark harbinger of murder? 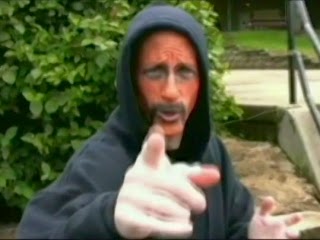 Jessica Cameron no doubt was influenced by this film when she later directed her film Truth or Dare.

Lead actress Heather Scream Price has been in several of my films and as well as an active producer for Justice League Films.


Any time I get to have bragging rights of being in a Tim Ritter film is a good day.  Worth a look for fans of spandex and monster.

Check out the venue for the Solaris gallery as well...for all of your artistic cravings!

I had a blast for the first Bluegrass Cosplay Convention put on by the lovely and talented Lola Magdalene Scott.  My forte has usually been sci fi, comics, or indie filmmaking so it was cool to delve away from my norm, and be in a convention of cosplayers.  The people were  nice, and it obvious folks put a lot of love and effort into their cosplay efforts.  Most of the furry folks were part of KY furs, so that was cool and unique.  It was a fun first year for this event, and next year promises to be even bigger.  Perhaps I can kick it old school with some cosplay of my own....tune in next year. 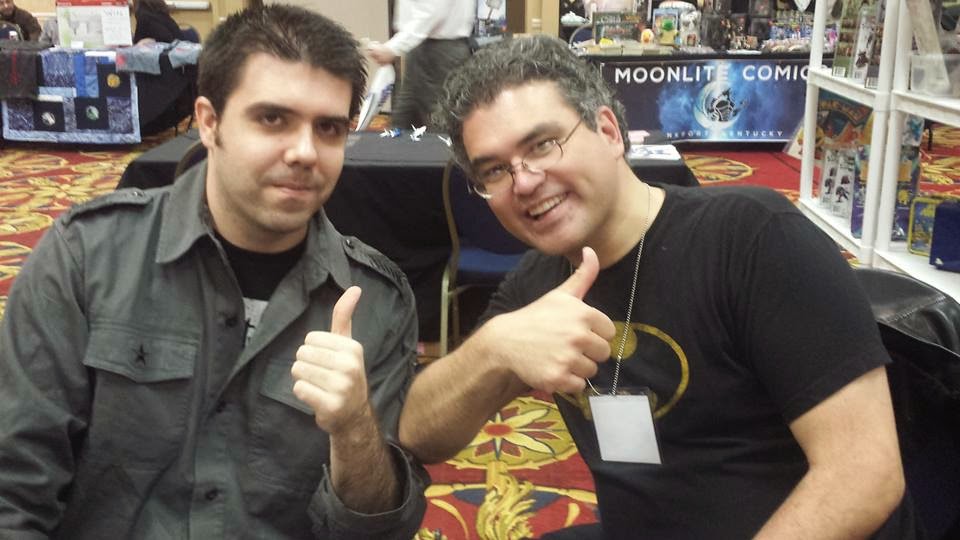 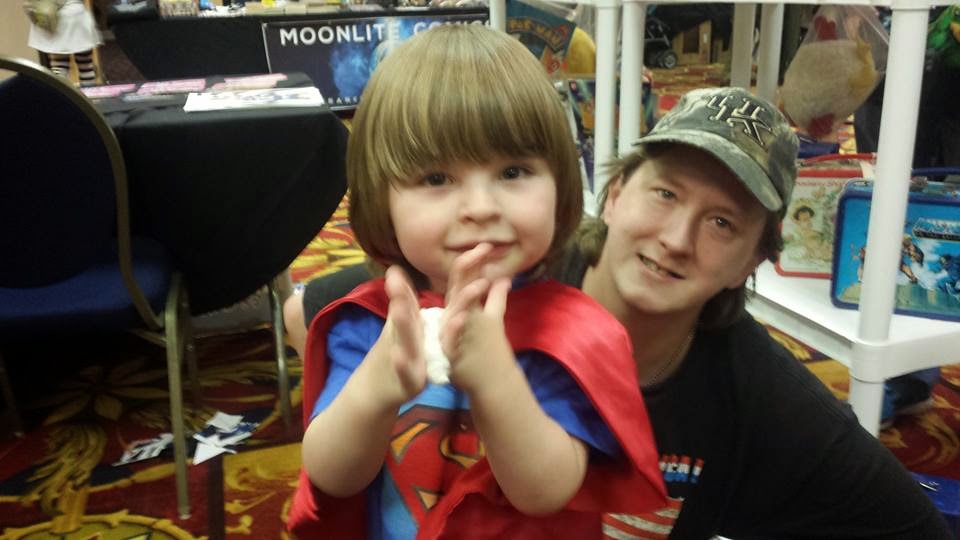 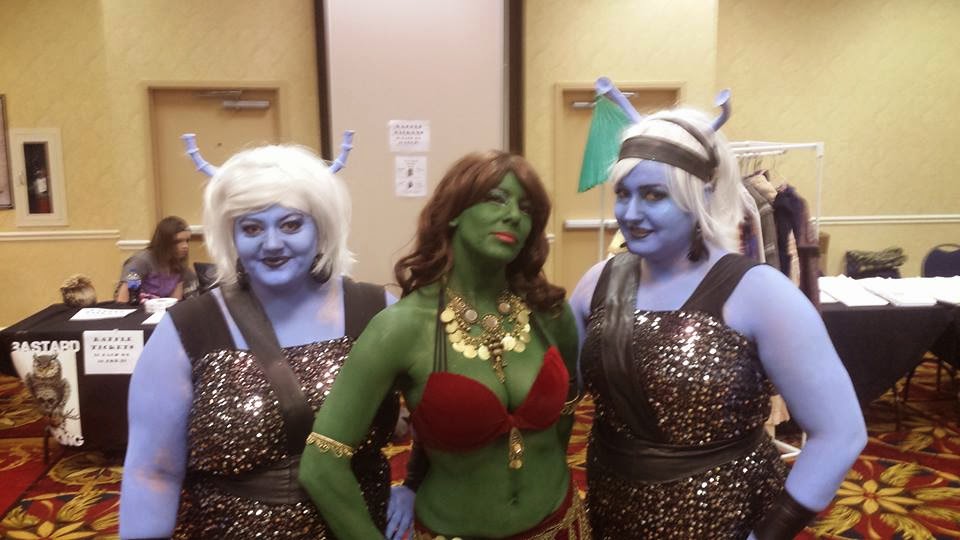 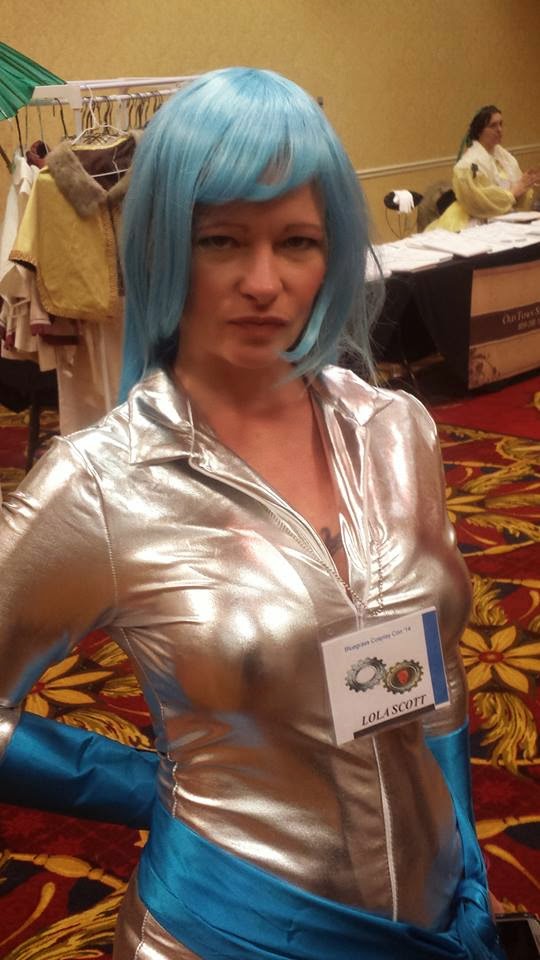 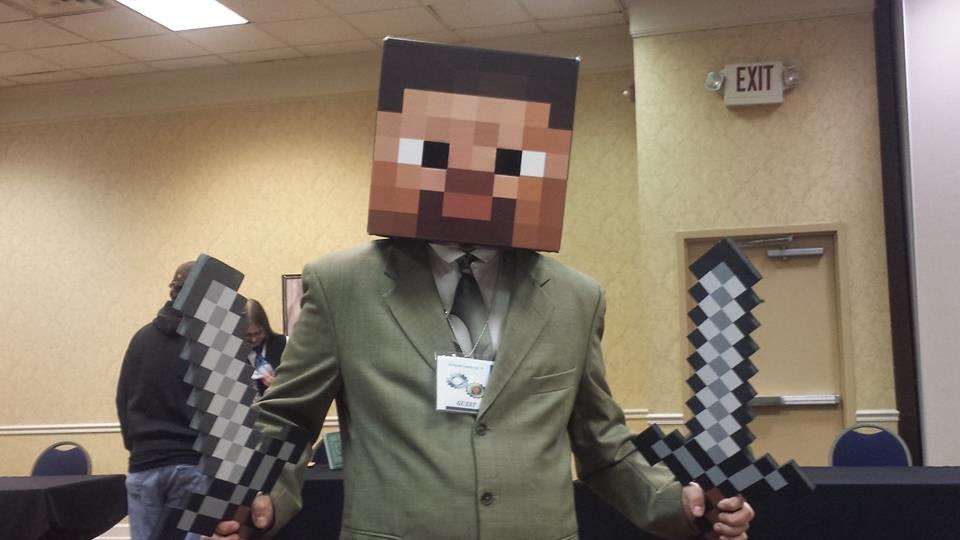