Lair of the White Worm

Lair of the White Worm 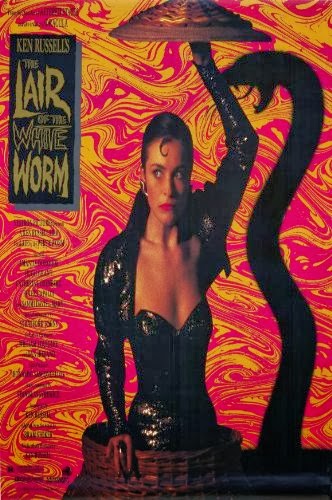 On this episode of Spandex and Monster, we visit the surreal 1988 Ken Russell directed horror film 'Lair of the White Worm'.  The source material was written  by Dracula writer Bram Stoker, and it was featured a woman who murdered and sent victims to a monster in a cave which is based upon Lambton worm.

Ken did a screenplay which took elements of the book, and his characteristic approach to cinema which is make it as visceral as possible.  Future Doctor Who actor Peter Capaldi and leading man Hugh Grant head out the cast along with Amanda Donohoe as the beautiful and cruel Dracula meets succubus meets cthulu worm mistress Lady Sylvia Marsh. 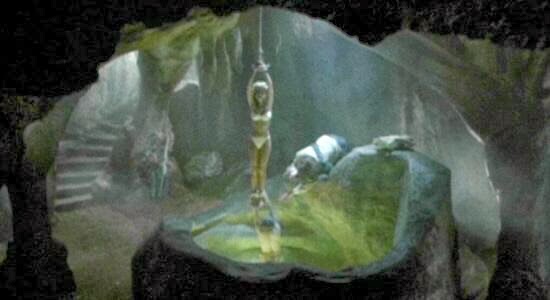 Released to mixed critical reaction at the time, the film was a unique blending of horror, oscar wilde inspired vampire lady with a love of kinky sex , and another surreal cinema journey from director Ken Russell.


Lair of the White Worm helped launch the careers of Donohoe, Grant, and Capaldi.  While not really fitting in with the other horror films at the time, Lair has become a cult film unto itself.


Worth a look for fans of surreal horror with a healthy dose of fetish.
Posted by Purple mage 7 at 10:00 AM No comments: Links to this post


In this episode of Spandex and Monster, we visit a 1955 science fiction film cheapie obviously inspired by 'Creature from the Black Lagoon' and reflecting the social concerns of that era called 'Phantom from 10,000 Leagues'  It was directed by Dan Milner and produced by Jack Milner two former film editors who had worked together for this film.  Phantom starred Kent Taylor and Cathy Downs.


In a nutshell, two investigators are on the trail of mysterious murders on the beach.  The corpses are burned as if by radiation.  One the shrewd scientist suspects the mysterious scientist of tampering with nature.  The other is a traditional gumshoe, off to investigate any wrong doings that may concern the government.  There are hidden secrets, shady characters, a seedy girlfriend, a beautiful daughter, and a scientist driven by madness to create an underwater atomic ray and a creature who murders anyone who gets too close.

Clocking in at 80 minutes, the movie is pretty solid and engaging despite its obvious lack of budget.  While not iconic as 'Creature'...it's interesting to see how other science fiction/horror film hybrids engage in the 'atomic monster craze' of the 50's (which in itself is a parable of our unease with the atomic weapons of the day).


Worth a look for fans of monsters in the deep!

Posted by Purple mage 7 at 9:46 PM No comments: Links to this post